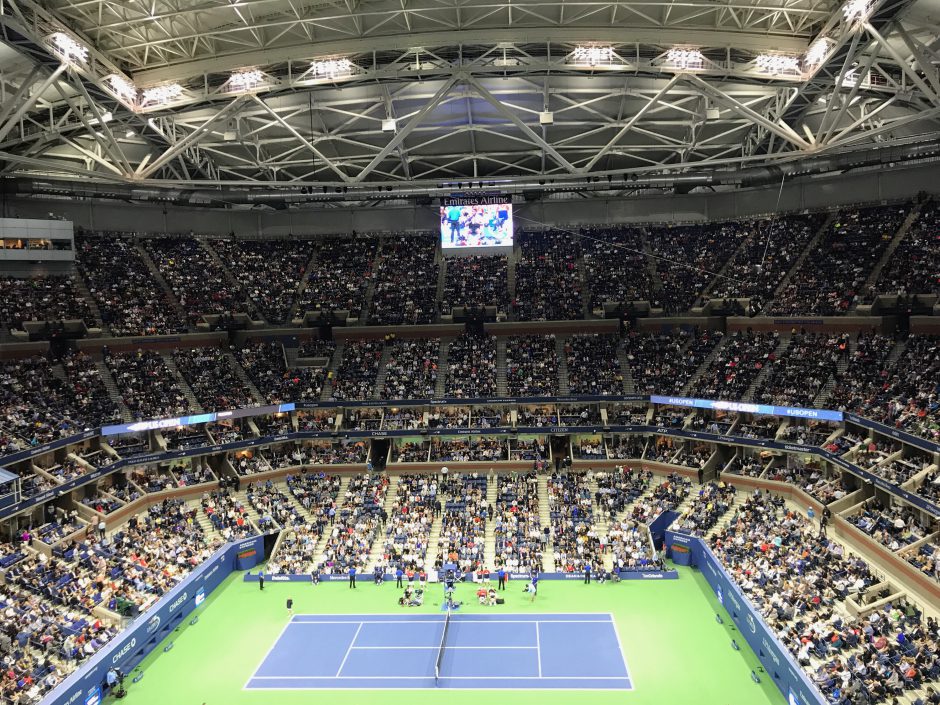 This post is bit over due, but finally I am catching up on writing short update after great trip to NYC. US Open never disappoints. Not sure if it is New York or the great atmosphere on Arthur Ashe Stadium, but it seems that I fall in love with New York and US Open over and over again.

I was able watch live first round match between Roger Federer and Frances Tiafoe, which turned out to be a 5 set manic battle. Roger had a few more difficult matches on his ways to QF, which was unlike his perfect performance from Wimbledon.

We were anticipating Roger and Rafa semi-finals, but today Del Potro surprised Roger and took him out in 4 sets. After being two match points down in the round of 16 against Thiem he was able to overturn the match. He really is a champ of the tournament so far. Lets see if he has enough gas in  the tank to kick out Rafa as well.