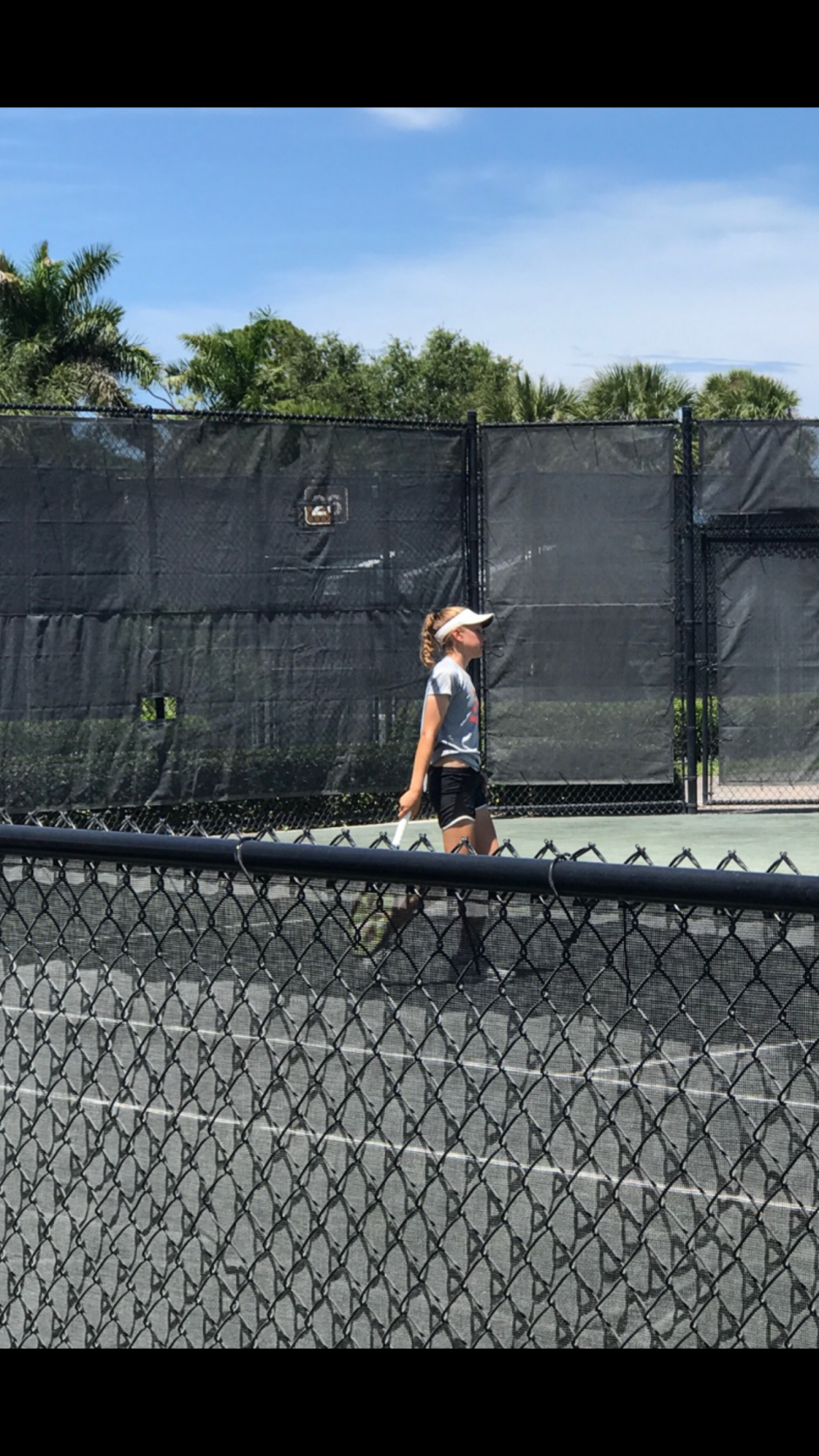 One of our players, Emily Novikov, had a busy summer traveling east coast playing National Tournaments. In July she played USTA Girls’ 12 National Clay Court Championships (Boca Raton, Florida), where she lost in second round of main tournament against number 5 seed.

This week Emily is competing in USTA Girls’ 12 National (Hard) Championships in Alpharetta, Georgia. She lost in the first round of main draw, but is now competing in back draw. Today she won against Mallika Chari and is playing again tomorrow. Keeping our fingers crossed!