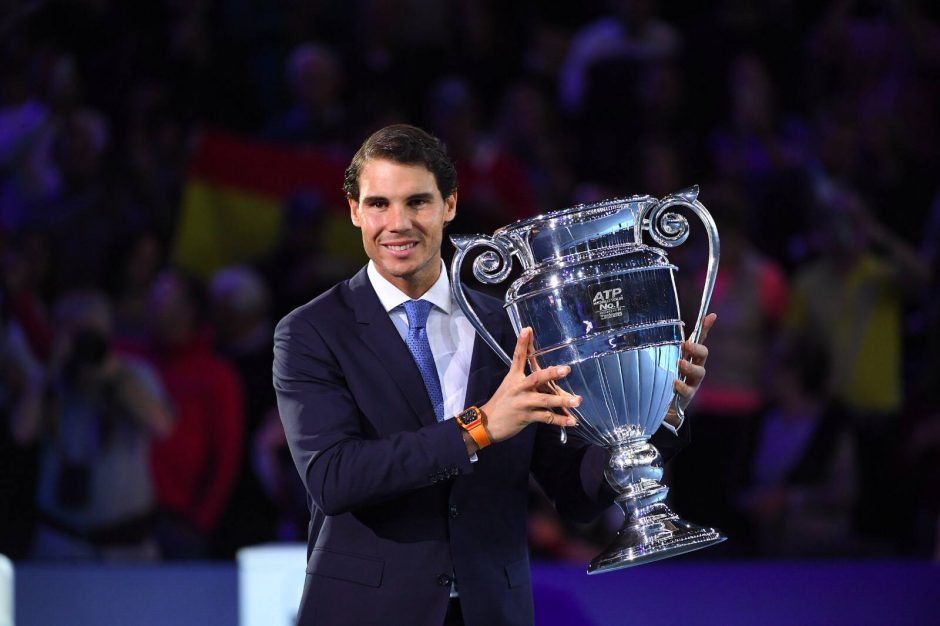 Nadal received his trophy for being number one player at the end of the year on Monday. After his first-round loss against David Goffin he decided to call it quits. His knee injury prevented him to finish the year as he wanted. Roger Federer might not be year-end number one but he was voted fan favorite again. He is also fan-favorite to win ATP Finals in London. After beating Alexander Zverev in three sets he qualified for semi-finals. Stayed tuned for an update on ATP Finals.