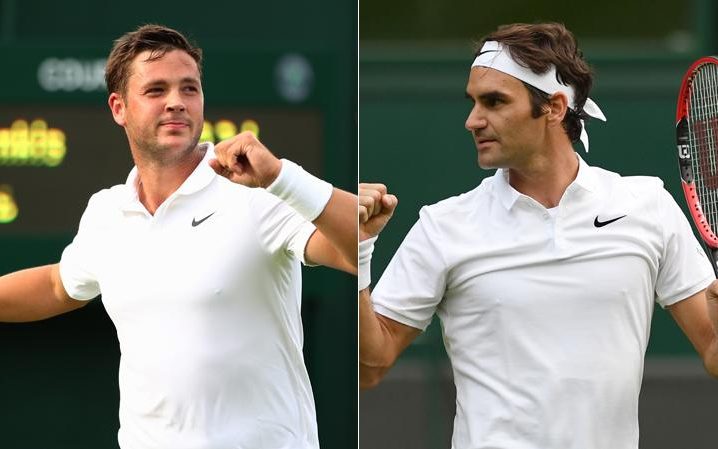 Who is Marcus Willis? Well, first of all he is ranked 772 in the world, and has reached second round of Wimbledon. Before entering the tournament, he has won £220 the whole year. Actually his full time job currently is a tennis coach at the local club where he is making approximately £30.00 per hour.

But where is this guy getting the game from? Well, he does have long history of playing at high level tennis. He was actually top 20 junior in the world. And what happened afterwards? He said he got lazy, did not want to work hard and did not grow up until late.

When you see him on the court you can see he is not in a perfect shape. He has a bit of tummy hanging around, but he says that he loves food to much to be eating quinoa all the time 🙂 One thing we know for sure is that he will not be eating at Novak’s all vegan Monte Carlo restaurant anytime soon.