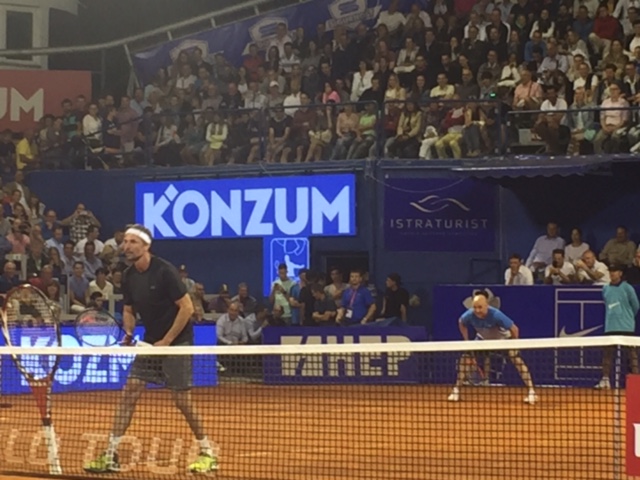 On Saturday evening Andre Agassi and Goran Ivanisevic along with Juan Carlos  Fererro played the exhibition match in front of the sold out Umag ATP stadium. Everyone wanted to see eight time Grand Slam Champion in action. Due to his long term low back injury he just played doubles with Goran for a few minutes against two junior players. Besides that Andre acted as a coach to Goran while he played against Juan Carlos Ferrero. He mentioned he is still very much involved with tennis as well as charity organizations in general, being in charge of Andre Agassi Foundation for Education.